Home Dinner A Cobb Salad Is the Perfect Pre-Gaming Meal 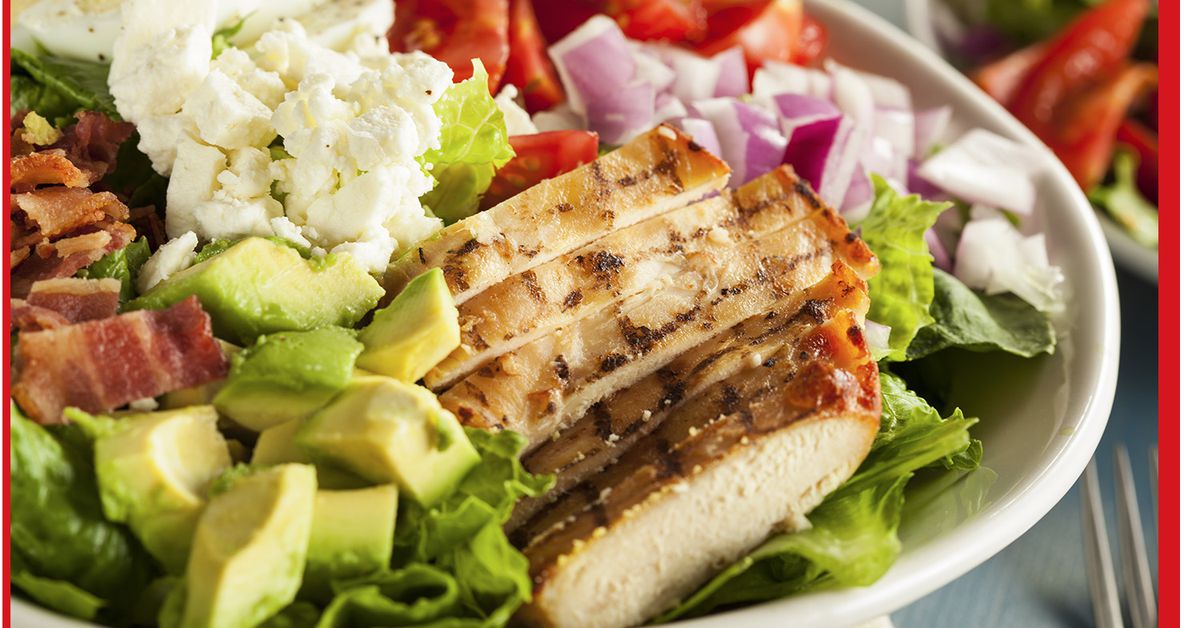 This post originally appeared in the September 9, 2019 edition of The Move, a place for Eater’s editors to reveal their recommendations and pro dining tips — sometimes thoughtful, sometimes weird, but always someone’s go-to move. Subscribe now.

A few weeks ago, an internal debate arose among Eater editors: What’s the best “pre-gaming” meal for a night of sustained drinking? Some argued for the marathon-runner strategy, aka eating a plate of pasta for energy and to absorb the incoming alcohol. Some swore by drinking-food staples like nachos or loaded Tater Tots, insisting a touch of grease helps the stomach’s booze absorption. But none of these are quite right: If you’re truly planning on drinking for several hours, a greasy and/or carb-laden meal could prove way too filling (especially if you’re drinking beer), or make you sleepy before you even leave the house. And those dishes don’t account for an inevitable side effect of having several drinks: ordering even more — likely greasy — foods later, at 1 a.m.

Of course, nutritionists have their own suggestions from a scientific and practical standpoint, but let’s be real: You’re probably not going to eat low-fat yogurt or raw veggies dipped in hummus, especially if you’re eating dinner out. The move, then, for your pre-drinking meal should be a Cobb salad and a side of french fries.

There’s a practical reason for this. Atop the required lettuce and tomatoes that make the dish vaguely a salad, a Cobb is packed with proteins (bacon, hard-boiled egg, and grilled chicken breast) and fats (bacon, avocado, blue cheese, oil in the dressing), both of which are digested slower by the body than carbs. As a dietician told Thrillist, those proteins and fats “slow how fast your blood alcohol level goes up,” and eggs get bonus points as they contain “essential amino acids needed to help break down some of the alcohol.” And despite all that protein, the dish itself eats pretty light — it’ll likely fill you up, but not overly so. A Cobb salad leaves enough room for multiple beers, but will absorb whatever you choose to drink.

Perhaps more crucial, though, is what Cobb salads achieve psychologically. It should be acknowledged that they’re delicious on their own merits: The bacon, blue cheese, tomato, and avocado within are a satisfying flavor combination; the bacon and lettuce provide good texture and crunch. But the presence of leafy greens and a grilled chicken breast gives the dish a veneer of health, something that leaves enough room in the heart or the stomach for a greasy late-night choice later on.

As for the french fries, which should come on the side? They’re there to give just a taste of something piping hot and salty and greasy, priming you for the drinking and eating to come. But you probably don’t need more than a few. Let the Cobb do all the work: Enjoy its simple pleasures while you’re sober(ish) enough to realize them.

PS: If the Cobb salad seems a little too basic for you, behold the Pittsburgh salad, which puts fries right into the salad itself.

Pro tips and advice from Eater’s dining experts, direct to your inbox