Home Dinner A Spam Sweatshirt, a Melon Baller, and More Things to Buy This Week 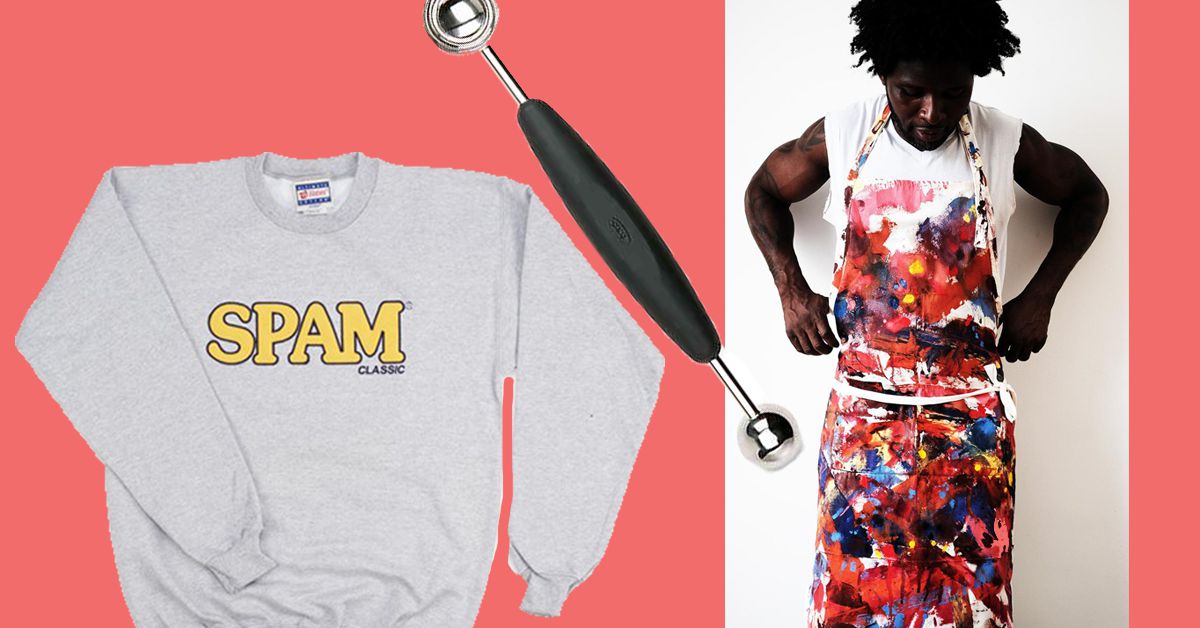 This post originally appeared on September 10, 2019, in Add to Cart — the weekly newsletter for people who love shopping (almost) as much as they love eating. Subscribe now.

“Entertaining,” as a noun, is a stuffy word, but at its core, it’s just about having people over to eat and drink. If you’ve had friends come over and fed them cheese and Triscuits, congratulations, you’ve basically entertained. Take it from Amy Sedaris, the comedian and star of At Home With Amy Sedaris, who explained her entertaining philosophy at the Young Guns Summit several weeks ago: If you’re making people put their plates on their laps, don’t give them food that requires knives. Also, pizza is fine. Maybe more than fine.

Which is nice to remember now that summer is winding down and before we know it, it will be the season of nesting, dinner parties, holiday hosting, and all sorts of entertaining that requires a bit more than spreading out a picnic blanket or dragging a few folding chairs to your roof. But just because you’re inside doesn’t mean a cheap bottle of wine and a few pizzas won’t suffice. If it’s good enough for Amy…

Vox Media has affiliate partnerships. These do not influence editorial content, though Vox Media may earn commissions for products purchased via affiliate links. For more information, see our ethics policy.