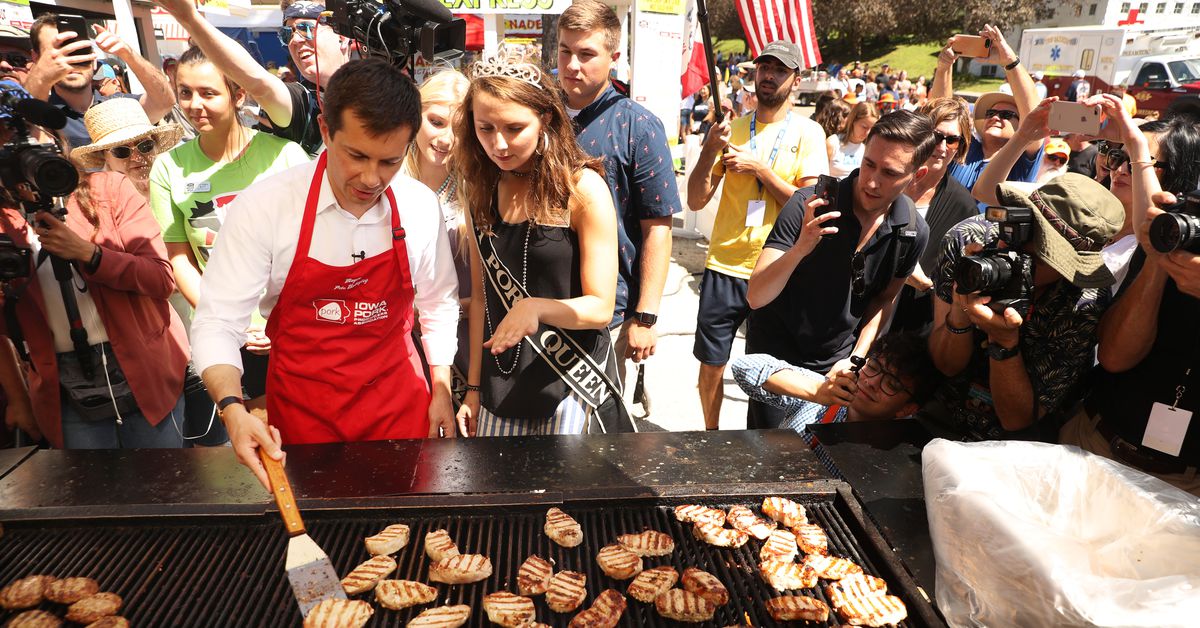 Every presidential candidate gets a certain level of scrutiny for their mealtime decisions. Who, for example, can forget the Republican candidate in the 2016 race for the White House and his fondness for taco bowls? This time around, it’s South Bend, Indiana mayor turned Democratic contender Pete Buttigieg, who has made headlines for eating a cinnamon roll “like a chicken wing,” for dining with potential donors in a Napa Valley “wine cave,” and now, for a chef-focused fundraiser that demands at least $250 from attendees — none of whom will even get to see the candidate in person.

News of the Chef’s For Pete fundraiser was broken by Recode’s Teddy Schleifer (the same scribe who first shared photos from the now-infamous wine cave event). “Tired: Wine caves,” Schleifer sniped. “Wired: ‘Culinary experiences.’” With that phrase, Schleifer tweeted an invitation to a January 26 fundraiser planned for somewhere in San Francisco.

Here’s a new invite for a Buttigieg event here in San Francisco later this month.

“Chefs from across the country will serve Pete supporters special tastes from their award-winning restaurants.” pic.twitter.com/MVzZCpp3Ai

According to the invitation, which is also live on Peteforamerica.com, Buttigieg’s campaign site, food by Chez Panisse founder Alice Waters will be served to attendees of the event as part of a “Nationwide Chefs for Pete Culinary Experience.” The location of fundraiser will be “sent the week of the event.” In addition, guests will be subject to “personal appearances” by local restaurateur Mourad Lahlou (Aziza, Mourad) and chef Rodney Wages (Avery).

The event will apparently be video-linked with similar fundraisers (all featuring “chefs from across the country” that “will serve Pete supporters special tastes from their award-winning restaurants”) in spots like Chicago and Stamford, Connecticut. In those cases, the participating chefs have yet to be named, which seems to make Waters, Lahlou, and Wages the sole chefs who are proudly open about their support for Buttigieg.

Or are they? For, as Cari Wade Gervin noted in a tweeted response to Schleifer’s remarks, “chefs cater political events all the time,” and the participation of Waters, Lahlou, and Wages might not necessarily indicate support. “All I’m saying is that I have seen this a number of times, where catering in no way equaled an endorsement,” Gervin said.

A look at the Federal Election Commission’s campaign finance page does indeed show that Waters is an extremely active political donor, and that in August of 2019 she sent Buttigieg’s campaign $1,000 and donated $1,000 to Kamala Harris’s campaign last March. The FEC does not reflect any donations, at all, from Lahlou or Wages. Eater SF has reached out to Waters, Lahlou, and Wages to clarify their role in the Buttigieg campaign, but has not received a response as of publication time.

Tickets for the event started at $100, which the campaign calls the “friend” level. Buttigieg does not appear to want for friends, as that category is marked as “sold out,” but as of publication time, tickets remain for the $250 “Supporter” role and the $500 “Advocate” position. Folks hoping to actually rub shoulders with Buttigieg will actually have to shell out $1,000 for an “Investor” level ticket, however — as Buttigieg has no plans to attend the SF event himself, only by dropping $1,000 (or more) would an attendee be guaranteed “admission to a future event with Mayor Pete.”

Needless to say, Twitter users spent much of their weekend madly spinning about the news, with some decrying the alleged lack of working-class sympathy the event appeared to suggest, and others saying that they now plan to boycott Aziza and Chez Panisse. In a Reddit post on the national event, a Buttigieg supporter seemed aware that the San Francisco event might stoke those tweeted sentiments, and said that while Waters sounds “pretty cool,” the campaign had “better get some Guy Fieris and David Changs involved to balance out the look” and that “anyone who works on the Bon Appetit or Tasty YouTube channel would be really excellent if you can get them.” Guess that means if well-known food personality Carla pivots from banana bread to stumping for Buttigieg, Reddit user polarea11 deserves credit for the idea.