Home Dinner Gird the Tent: The Derry Girls Are Coming to ‘The Great British Bake Off’ 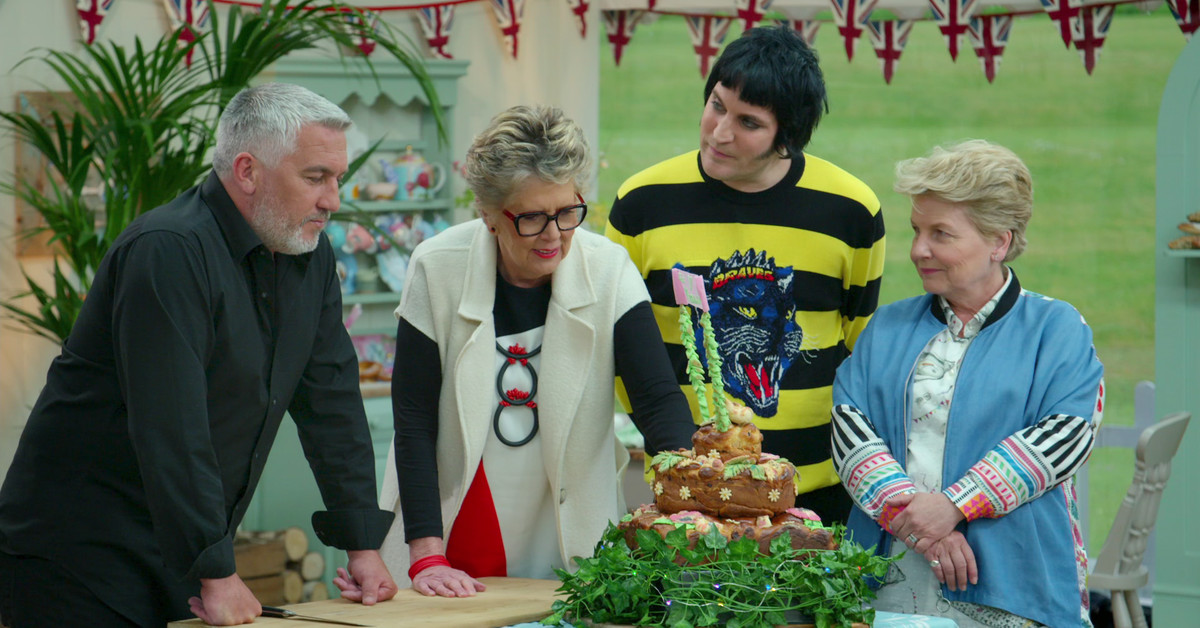 The most ambitious crossover event in history

Two of the most charming shows out there are coming together for a crossover episode that’s bound to have both beautiful bakes and bountiful slang from across the United Kingdom.

In a New Year’s special called the Great Festive Bake Off, the cast of Derry Girls — the wickedly funny Channel 4 sitcom about the everyday exploits of awkward Catholic schoolgirls (and one token boy) in Northern Ireland in the ‘90s — will head to the iconic Great British Bake Off tent, Channel 4 and Derry Girls cast member Nicola Coughlan announced on Twitter. Helped (or hindered) by Noel and Sandi, as usual, the actors who play Erin (Saoirse-Monica Jackson), Clare (Coughlan), Michelle (Jamie-Lee O’Donnell), James (Dylan Llewellyn), and Sister Michael (Siobhan McSweeney) will compete against each other to impress Paul and Prue with the best bakes in the hopes of winning Star Baker.

The special will air on Channel 4 in the U.K. on New Year’s Day, and according to Coughlan, also in the U.S. at some point TBA. Until that date is announced, American fans of GBBO and Derry Girls — the Venn diagram of which is basically a circle — will just have to dream about all the baking challenges that may be issued in this episode: a festive Irish soda bread, or perhaps more nun-shaped choux religieuses?