Home Dinner I Can’t Be the Only One Who Loves Automats Thanks to ‘From the Mixed-Up Files of Mrs. Basil E. Frankweiler’ 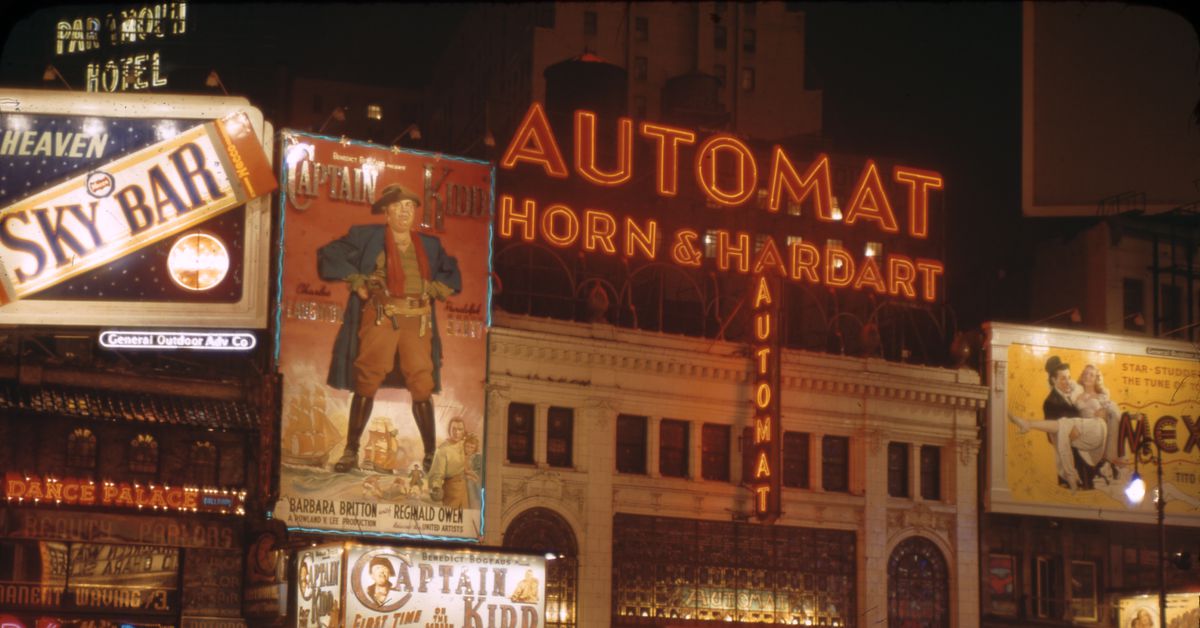 Welcome to The Reheat, a space for Eater writers to explore landmark (and lukewarm) culinary moments of the recent and not-so-recent past.

When obituaries posted up earlier this summer for Eatsa, a techie-quinoa-bowl concept that hinged its gimmick on the fact that no human interaction ever happened between the acts of ordering and picking up the food, most focused on the techie aspect of the brand and its “pivot,” and/or the fact that it owed its landlord thousands of dollars by the time it closed. What I was more interested in was how much the seemingly soulless Eatsa (is there a more depressing phrase out there than “techie quinoa bowl”?) failed to speak to me as a lover of its weirdly out of place service style — a lover, essentially, of automats. But the weirdest thing about my appreciation for this simultaneously dated and futuristic thing is that I have never once used one. Instead, I feel a great affection for the automat thanks to one incredibly formative children’s book: From the Mixed-Up Files of Mrs. Basil E Frankweiler, by E.L. Konigsburg.

From the Mixed-Up Files, which I must’ve read somewhere between fourth and sixth grade (my friend group from that time’s memories vary widely on the timing), gave this New Jersey suburban kid a glamorized look at the sort of “independent life” a kid could forge in New York City, a place that was physically just within reach. In the book, published in 1967, 11-year-old Claudia and her 9-year-old brother Jamie decide to run away from their suburban Connecticut home and decamp inside in the Metropolitan Museum of Art, hiding from guards at night and becoming embroiled in a mystery as to whether or not Michelangelo is the artist behind a new acquisition, a statue shaped like an angel. It also happens to be the book that taught so many of us to spell “B-O-L-O-G-N-A.”

But the scenes that stick out most in my mind most, oddly, are the benign ones where Claudia and Jamie acquire food from the nearby Horn & Hardart automat, trading in their pockets of loose change for meals:

They went to the automat and used up a dollar’s worth of Bruce’s nickels. Jamie allotted ten nickels to Claudia and kept ten for himself. Jamie bought a cheese sandwich and coffee. After eating these he still felt hungry and told Claudia she could have twenty-five cents more for pie if she wished. Claudia, who had eaten cereal and drunk pineapple juice, scolded him about the need to eat properly. Breakfast food for breakfast, and lunch food for lunch. Jamie countered with complaints about Claudia’s narrow-mindedness.

Horn & Hardart’s last NYC automat closed in 1991, a few years before I’d be reading this, but their cultural ubiquity waned long before that; it’s likely a teacher would have explained what exactly they were and how they would’ve worked: the little glass windows that would show a glimpse of a dish, just sitting there, waiting to be plucked out; the coin slot not unlike a contemporary vending machine.

Looking back, something about getting to see food before you ordered it probably felt novel as a kid (outside of the dim sum cart, anyway). And the intentionality of paying for a meal nickel by nickel (as opposed to a couple of bills, in an envelope with my name written on it, as my mom provided my school lunch money) felt equally as thrilling as the idea of getting to make your own meal choices, not an occurrence in my household outside of special occasions. Not only were these kids choosing their own food, they were budgeting for it at their own discretion, the truest form of perceived independence.

The automat, in addition to the era’s cafe chains, pops up a few times in the book. A later scene sees Claudia, learning the true feeling of hunger for the first time, giving the automat her loose change for a breakfast of macaroni and cheese, baked beans, and coffee, a meal that still strikes me as an all-around great pairing. In elementary school, I probably fancied myself a Jamie, capable of making bold food choices regardless of social norms; looking back, I am 1,000% a Claudia, crankiness when hungry and all.

I’ve never used a true automat, whether the new techie versions or some more-analog gimmicky ones that have been known to pop up in college dining halls or other places where the goal is to feed the public en masse and quickly. To me, the automat experience is crystallized in that pre-middle school era, a time where I could fantasize what it would be like to live in a place like NYC, where everything came imbued with mystery and I could finally be “grown up” enough to make choices for myself. And yes, I probably would’ve thought an extra 25 cents would have been worth it for pie.