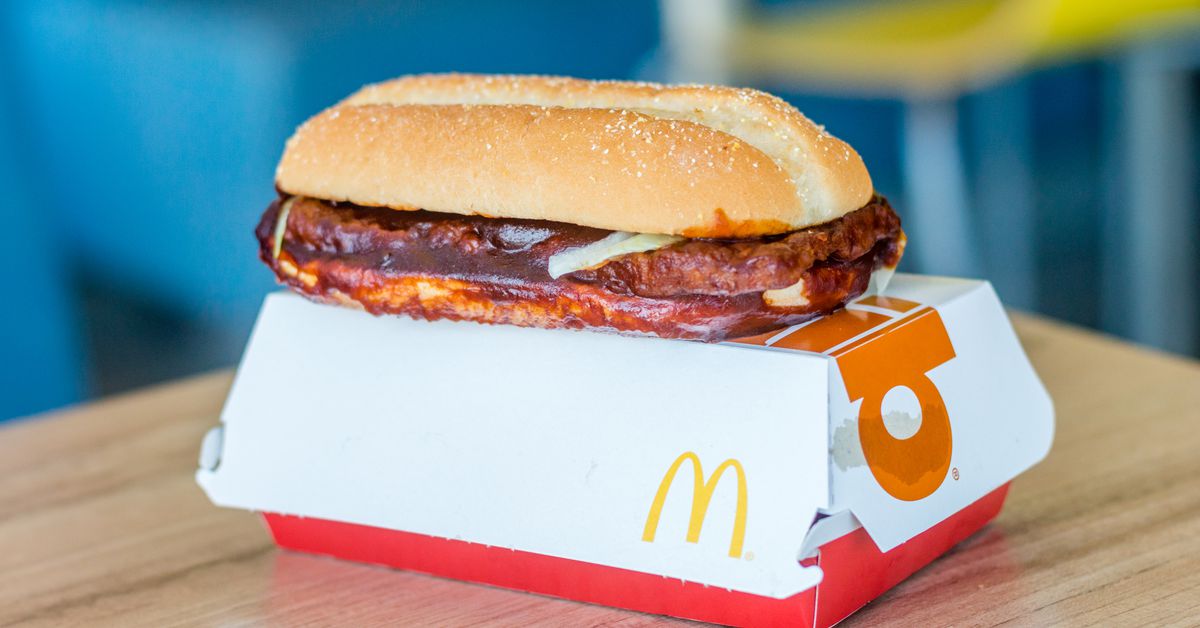 The McRib is back and ready to ruin you

There are few things certain in life — death, taxes, whatever — but all of the U.S. can at least rest secure in the knowledge that the McDonald’s McRib is lurking out there, just waiting to sporadically resurface and lead its cult followers on a frenzied chase for rubbery, barbecue sauce-slathered, pork patty sandwiches before the corporate gods snatch them away once more.

This year, McDonald’s announced on Thursday, the McRib is returning on October 7 in more than 10,000 U.S. restaurants. This is one of the biggest rollouts of the McRib — which first appeared on McDonald’s menu in 1981 — in recent years, as Business Insider points out. The McRib, essentially the PSL of meat sandwiches, inspires a sort of well-practiced devotion that seems almost quaint in the age of disruptive Popeyes sandwich mania and stoner-grade Cheetos mozzarella sticks: fans regularly contribute to McRib Locator, a crowdsourced tracker of the elusive sandwich.