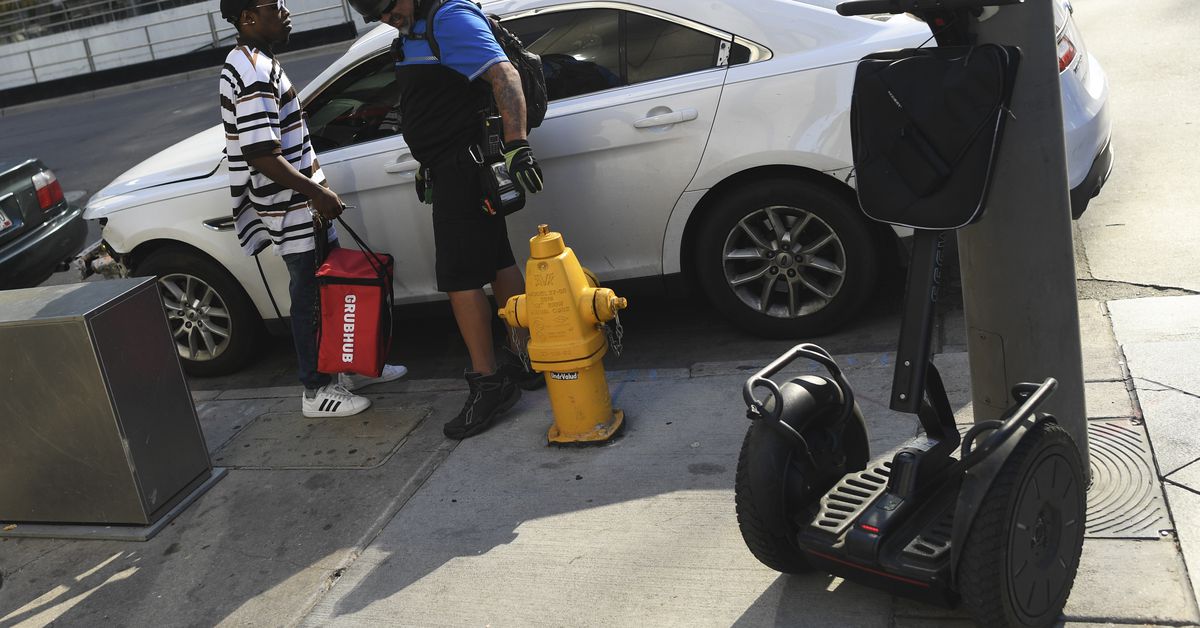 A frustrated tweet from a San Francisco restaurant owner might have started the ball rolling on a new set of laws, as legislators in California and Rhode Island are now mulling proposed regulations for food delivery companies that would include a ban on listings for restaurants that haven’t officially partnered with the company.

The tale is likely familiar to food news followers by now: Last month, Pim Techamuanvivit, the owner of San Francisco’s Michelin-starred Thai restaurant Kin Khao, was stunned to discover that delivery services including GrubHub, Seamless, DoorDash. and Yelp’s delivery platform (also GrubHub, as it purchased Yelp’s Eat 24, then shut it down) were offering food purportedly from her menu for delivery, all without her permission.

She tweeted, angrily, about the situation, attracting the attention of national news organizations and casting a light on a controversial strategy by the services mentioned above as well as Postmates and, some say, Uber Eats. For years, all these companies have presented the menus of restaurants that have never entered into a business relationship with the services, instead placing direct orders with the venues — as if they were regular diners — then dispatching workers to fetch and deliver the food.

It was a plan intended to “add non-partnered inventory to our platform and it can at least ensure that all of our current and potential new diners have the option to order from any of their favorite restaurants now,” Grubhub CEO Matt Maloney said in a letter to shareholders last fall.

Speaking with Eater, Katie Norris, Grubhub’s Senior Manager of Corporate Communications, said that in order to stay competitive, the company needs to offer food from as many restaurants as possible, with or without their consent — and also, that otehr delivery companies are engaging in the practice, they must, as well. “We want customers to find the most restaurants when they land on Grubhub. When others in the space are doing this it’s creating a gap, and we’re closing the gap,” Norris said.

When contacted today regarding the proposed legislation, Norris provided Eater Sf with the following statement via email: “Our mission since we were founded in 2004 has been to connect hungry diners with great, local restaurants and drive more takeout orders to restaurants. We’re fully committed to working with local policymakers on topics related to our business.”

Though Kin Khao’s specific saga wasn’t related to this strategy — according to GrubHub, its name was confused with a Florida company’s ghost kitchen operation (which is a whole other can of warmed-over noodles) — it seems like it was enough to raise interest in Sacramento, CA and Providence, RI, as legislators in both states have this week proposed laws to shut that gap-closing behavior down.

In a press release sent Tuesday, San Diego-based California State Assemblywoman Lorena Gonzalez announced that she had proposed Assembly Bill 2149, which she’s also calling the Fair Food Delivery Act. The bill, Gonzalez says, will “prohibit restaurants from being offered on delivery apps without a prior agreement in place,” and not just that — it’ll also require delivery apps to share information on the delivery customer with restaurants, including their location and email address.

The bill has the support of the California Restaurant Association, the state’s largest lobby for food and beverage businesses. “Technology giants aggressively entering the foodservice space — whether deliberately or not — are eroding the customer’s relationship with the restaurant,” CRA CEO and president Jot Condie says. “The tech platforms who are delivering the food and the restaurants who are preparing it both have a responsibility for the customers’ experience and satisfaction. If we are going to be partners in this, we both need to be part of that communication channel.”

Meanwhile, in Rhode Island, that state’s House Judiciary Committee Chairman Robert Craven has proposed a similar law (it can be read in full here) which would “prohibit third-party delivery services from using any likeness or intellectual property of a merchant without written consent,” WPRI reports.

The move was prompted by repeated entreaties by the Rhode Island Hospitality Association, which says that its members are basically playing whack-a-mole to get their names removed from delivery platforms. “Once the restaurant discovers that they are on the website — without their permission — they can request removal, however, several of our members have had to make multiple requests for this to happen,” a RIHA spokesperson says. “Even if you get your name off one site, another service can put you on.” If the law passes, delivery apps that continued to list restaurants without their OK could face fines of up to $1,000 per day for as long as the issue continues.

Following this story’s publication, Samir Mogannam, the owner of the Beit Rima mini-chain of Arabic comfort food restaurants, contacted Eater SF to say that after he read this piece, he then downloaded Grubhub to see if the company had been added to the app. Sure enough, he says, Beit Rima’s menu was being offered for delivery though he had never agreed to work with Grubhub. In fact, he says, the delivery app scene is “something I’ve been trying to stay away from for multiple reasons,” Mogannam said. He tells Eater SF that he is “surprised to see they did this behind my back,” and that “I’m happy to see laws coming in to protect businesses from this.”

Update: February 13: 11 a.m.: This article was updated to include responses from Samir Mogannam and Grubhub spokesperson Katie Norris.