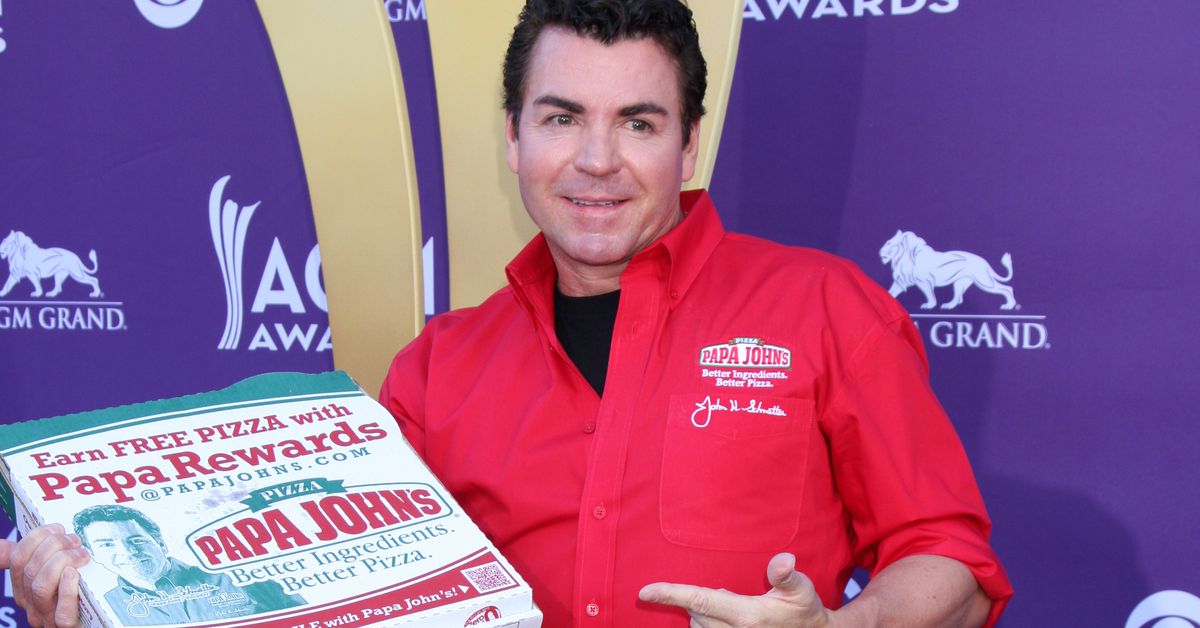 It’s been a rough couple of days for John Schnatter, the man formerly known as the Papa John of Papa John’s before he resigned as the pizza chain’s chairman following revelations that he used the N-word on a conference call in 2018.

On Thursday, in the aftermath of a bizarre media blitz during which Schnatter railed against his ex-pizza empire and claimed he had eaten 40 pizzas in the last 30 days, he was hit by a divorce filing from his wife of 32 years. That same day, Schnatter filed his own set of papers to a Kentucky court: a lawsuit against the creative ad agency, Laundry Service, accusing the firm of leaking recordings of the conference call on which Schnatter used the racial slur, which ultimately lead to his ouster.

As originally reported by Forbes in its scoop about Schnatter’s use of the N-word, the 2018 conference call between Papa John’s executives and Laundry Service had been “designed as a role-playing exercise for Schnatter in an effort to prevent future public-relations snafus” like the one in which he had partially blamed the NFL protests for falling sales. Per Forbes: “Schnatter was asked how he would distance himself from racist groups online. He responded by downplaying the significance of his NFL statement. ‘Colonel Sanders called blacks n—–s,’ Schnatter said, before complaining that Sanders never faced public backlash.”

In Schnatter’s version of the events, described in the lawsuit, he had been led to believe the call would be about new marketing initiatives, but he was instead met with questions regarding his views on race. Schnatter claims that his use of the N-word on the call did not actually constitute a use of a racial slur against black people, but instead “expressed his wholesale rejection of racism” like the kind expressed by KFC founder Colonel Sanders. “He was thus both criticizing the use of the epithet and contrasting that it was something he himself had never done,” states the complaint.

Schnatter’s lawsuit also alleges that the CEO of Laundry Service’s parent company threatened to “bury” Schnatter if Papa John’s didn’t pay the firm $6 million. When the pizza chain refused to pay, according to the claim, Laundry Service leaked the tapes — allegedly recorded without Schnatter’s knowledge — to Forbes.

Schnatter, who previously filed multiple lawsuits against Papa John’s, is seeking unspecified damages for breach of contract, tortious interference with prospective economic advantage, and intentional infliction of emotional distress. The Louisville Courier Journal reports that the disgraced founder has pledged to contribute all net proceeds from the lawsuit to charity, according to a press release about the complaint.

there r so many unhinged ppl on tiktok but this… theres something that feels so chaotic but so calculated im scared pic.twitter.com/3sRIDRnY39