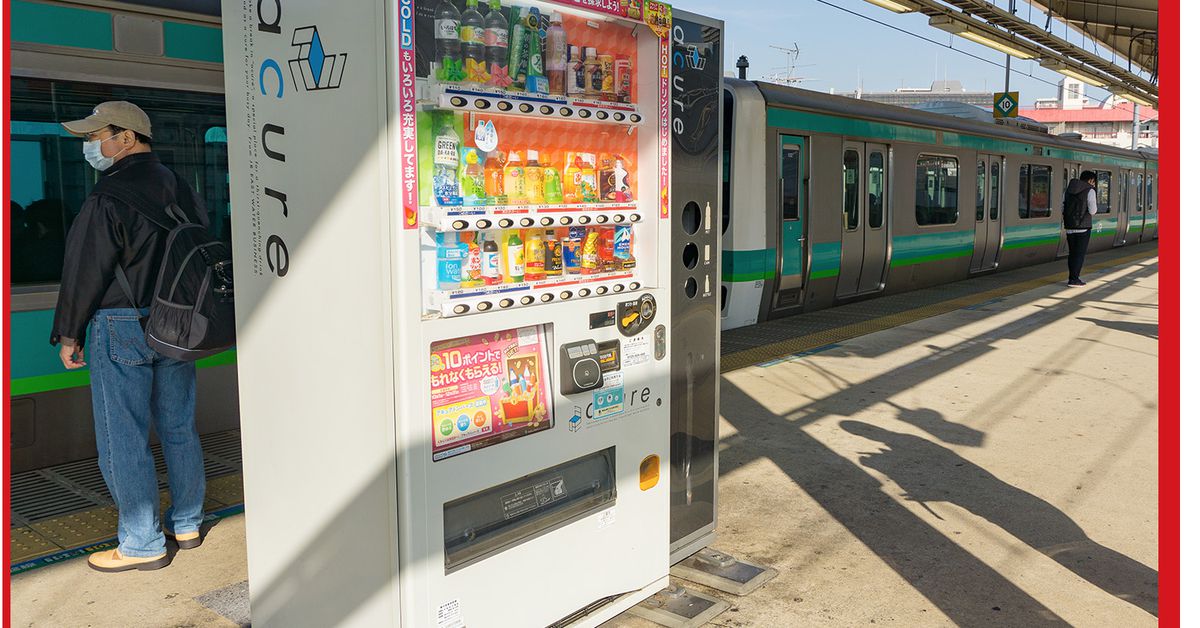 This post originally appeared in the October 7, 2019 edition of The Move, a place for Eater’s editors to reveal their recommendations and pro dining tips — sometimes thoughtful, sometimes weird, but always someone’s go-to move. Subscribe now.

Although public drinking isn’t morally wrong, it is technically illegal in most parts of the United States. The thing is, everybody does it; I know because I work in a wine store. Since the law is unevenly and unfairly enforced, depending on who you are, your open container of alcohol can make you the target of further scrutiny or go totally unnoticed. In recent years, the advent of canned wine and flasked cocktails has created a new kind of public drinker who’s hardly ever identified as such. But the thing we should all be drinking in public — and the move if you’re looking to drink on the subway or train — is sake.

In Japan, vending machines are stocked with all sorts of drinks packaged to be consumed on the go, like shochu highballs, beer, and flavored malt beverages. According to Monica Samuels, director of sake and spirits for Vine Connections, a wine importer, “drinking on the bullet train is a huge part of the culture [in Japan]. There are countless opportunities to buy a cup or can of sake on the way to the train platform, and if you somehow miss all of these, there are bar carts snaking up and down the aisles of the train at most hours of the day.”

Although we lack the legal and mechanical infrastructure to be so irreverent with our train drinking here in the States, chances are you’ll find a few kinds of vending-machine sake in the average metropolitan wine shop. Sake is a perfect train drink because it’s clear (in other words, it looks like water to the average transit cop), it’s chilled, and it’s stronger than beer, but not as intense as wine, which means you can drink it without feeling like the rest of your night is predetermined. It’s also unexpected. Sold in round flasks and reusable glass cups in 180- and 300-ml sizes, sake doesn’t stand out as alcohol as much as a can of beer or wine. I’ve consumed many a train sake on the New York City subway feeling totally incognito.

And a public transit commute is actually the most sensible context for drinking sake. We already have an established morning-beverage culture dominated by stimulants to get us through our day, but rarely do we consider what to have on the way back. Train sake is enough to take your mind off the relative misery of a crowded car, but it can be downright pleasant if you’re seated on an above-ground ride during sunset. It also pairs well with a podcast or music.

When choosing sake before you head for the train, skip the sparkling and flavored choices in favor of a simple cup of junmai, the entry level of premium sake, or an unpasteurized nama in a can, which has a richer flavor. Sake is such a neutral beverage: clear, cool, and slightly mysterious. And because it’s dry with a little bit of umami factor, train sake stays firmly in the aperitif category, meaning you’ll be perfectly ready for dinner once you finally get home.

Pro tips and advice from Eater’s dining experts, direct to your inbox