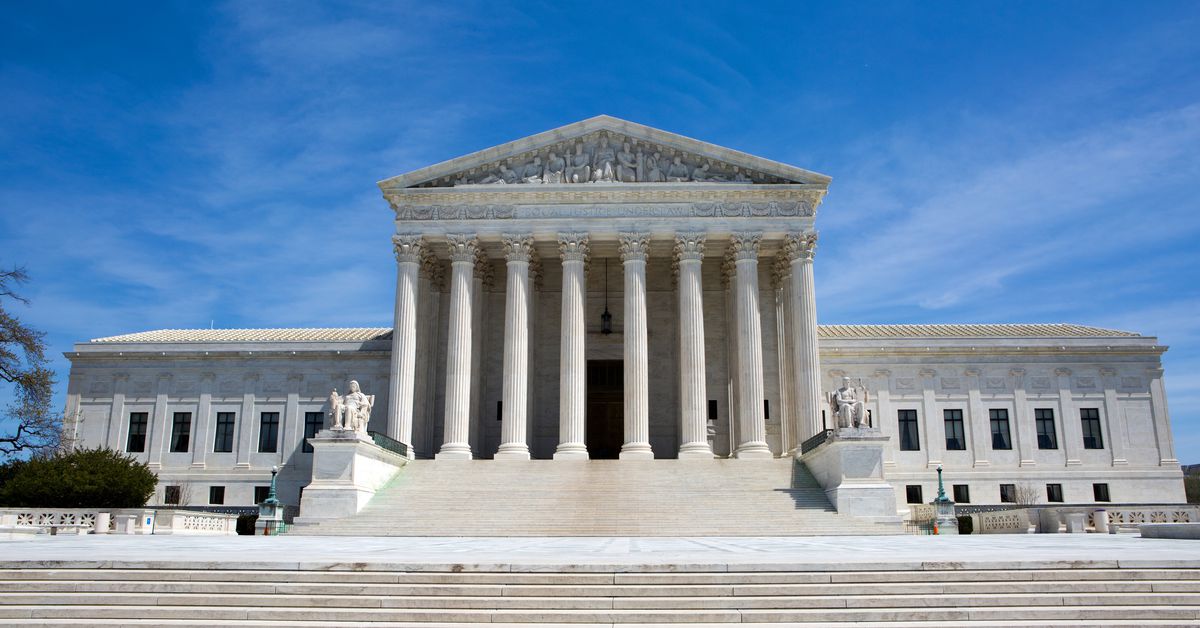 Last week, Everett, Washington’s well-known contingent of baristas who serve coffee drinks while wearing bikinis (aka “bikini baristas”) took their lawsuit to the U.S. Supreme Court. The three year-long fight began when the city of Everett passed ordinances prohibiting drive-thru service workers from exposing a lot of skin. The plaintiffs — seven women working at bikini barista stands, and one owner of a local stand called Hillbilly Espresso — argue that wearing a two-piece swimsuit (or less) while working is protected by the First Amendment, and that Everett violated that by instituting restrictions on clothing for workers.

Specifically, Everett City Council’s 2017 dress code ordinances aimed to curb “a proliferation of crimes of a sexual nature occurring at bikini barista stands” in the town. That was at least partially related to an undercover police sting that busted a prostitution ring run out of a local barista stand eight years before.

At first, the bikini baristas were victorious in their lawsuit: A U.S. district judge in Seattle ruled in their favor. But, flash forward to last summer, when the Ninth Circuit Court of appeals reversed that decision and ruled in favor of Everett. The battle was on yet again. That’s what prompted this new step: the baristas filing a petition to the Supreme Court to hear their case. It will likely be months before a decision is made on whether or not the petition will be heard, though. The approval process is quite involved.

Seattle University of Law professor Charlotte Garden, who specializes in labor and employment law, has some thoughts on whether the Supreme Court will hear the case.

“The chances are low, but I wouldn’t say they’re zero,” Garden says. “There is a hard issue about when the First Amendment attaches to conduct that might be either intended to or understood to express a message. The Ninth Circuit took a narrow view of that question and decided that the baristas weren’t covered by the First Amendment at all. But other federal appeals courts have a broader approach. So it is conceivably possible (but still unlikely) that the Court would decide to use this case to resolve that question.”

In the meantime, the bikini baristas in Everett are still working and showing significant skin as the case works its way through the courts. There are bikini baristas in other parts of the state as well: as far east as Spokane, and closer to home here in Seattle, where Cowgirls Espresso (with eight locations, including one in South Park) has been making national headlines since 2007. There’s also a coffee stand powered by shirtless men on Capitol Hill called Dreamboyz Espresso, which opened last September after one bikini barista expansion failed to catch on — although there’s been no public uproar over it yet.

To be sure, Everett’s ordinances aren’t the first to attempt to curb these stands. In 2008, Mason County argued that the bikini baristas were essentially “adult entertainers” and temporarily shut down a stand called Espresso Gone Wild in the town of Belfair, WA. But the business is still going strong today, after it agreed to draw the line at bikinis and not allow workers to wear anything more revealing. Meanwhile, the town of Chico, CA, voted last year to revoke a license originally granted to a bikini barista stand called Bottoms Up Espresso, arguing that it was operating more like an “adult business” than a cafe.

The Everett lawsuit seems to be the one that’s been most in the public eye. In addition to alleging a First Amendment violation, the bikini barista’s initial lawsuit also cited the Fourteenth Amendment, which requires all U.S. citizens to be treated equally under the law, noting that Everett “requires all women, not men … to cover more than three-quarters of their breasts while in public areas.” Schuyler Lifschultz, one of the plaintiffs and the co-owner of Hillbilly Espresso, tells Eater Seattle, “We firmly believe this is a women’s rights issue. The dress code is ridiculous, and it’s now taking on a life of its own.”

For its part, the city of Everett is confident that it will prevail. “The city continues to believe the dress code ordinance is necessary,” says Everett spokesperson Julio Cortes. “Our legal team is currently reviewing the plaintiff’s petition and determining our course of action.”

The city is also involved in a separate, but related legal battle involving a sex offender in prison who is requesting access to police video of bikini baristas during an undercover operation investigating prostitution in 2013. Officials for the city of Everett are arguing the right to privacy to keep those videos confidential, while the inmate is arguing that he has right to access public documents through Washington’s open records law. This case is still in its early stages, with a legal brief due this week.

As for what will happen with the baristas’ continuing fight over the Everett dress code, Lifschultz says that, even if things don’t go the baristas’ way in Washington, D.C., there are still some more legal options. Depending on what the Supreme Court decides, he and the others plan to file a new lawsuit. Warns Lifschultz, “We are not going away any time soon.”