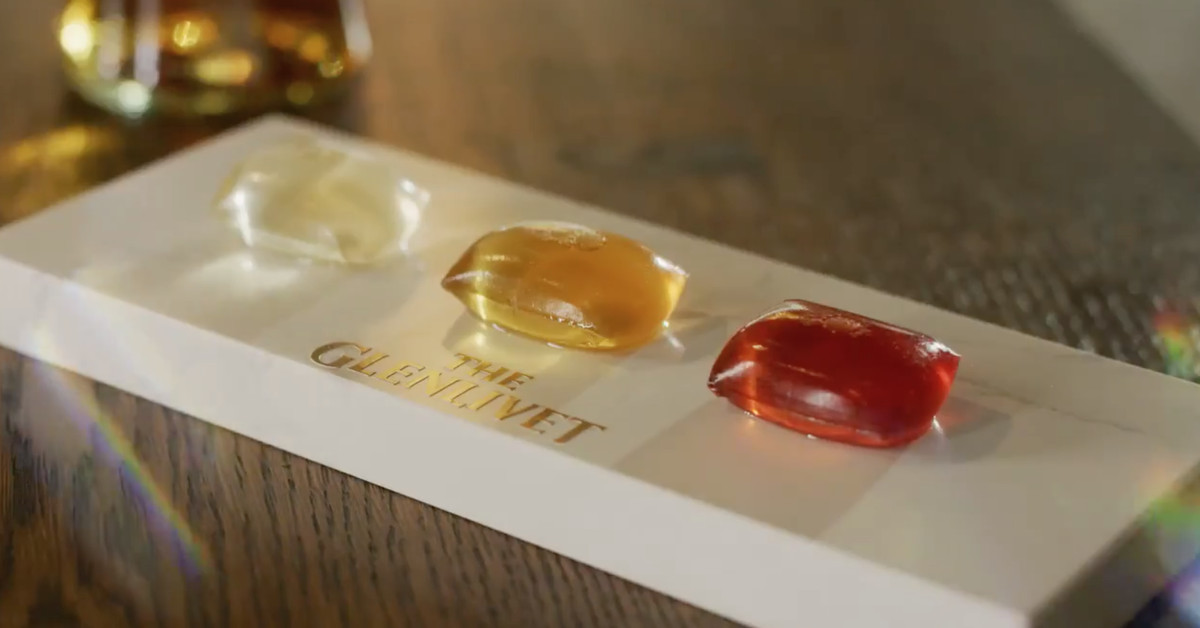 Shots of the future?

Move over, Tide Pods, there’s a new child safety threat in town. Over the weekend, the Glenlivet introduced its “Capsule Collection,” in which shots of whisky cocktails are encased in a dissolvable, seaweed-based skin that you just pop in your mouth. Alcohol poisoning without even having to dirty a glass! [Wipes tear] this is the future the Jetsons wanted.

The reception to the idea has been varied, to say the least. Many disability activists pointed out that, for those who have a difficult time picking up glasses and opening bottles, this is a way for more people to enjoy a stiff drink. But others say shooting something like a fine whisky is not the proper way to enjoy it, and that these servings are too big for your average human mouth (please look at the way the blonde girl in the video’s cheeks have to expand to accommodate it). Is this the future of alcohol? Don’t act like you didn’t dream of alcoholic Gushers when you were a kid.