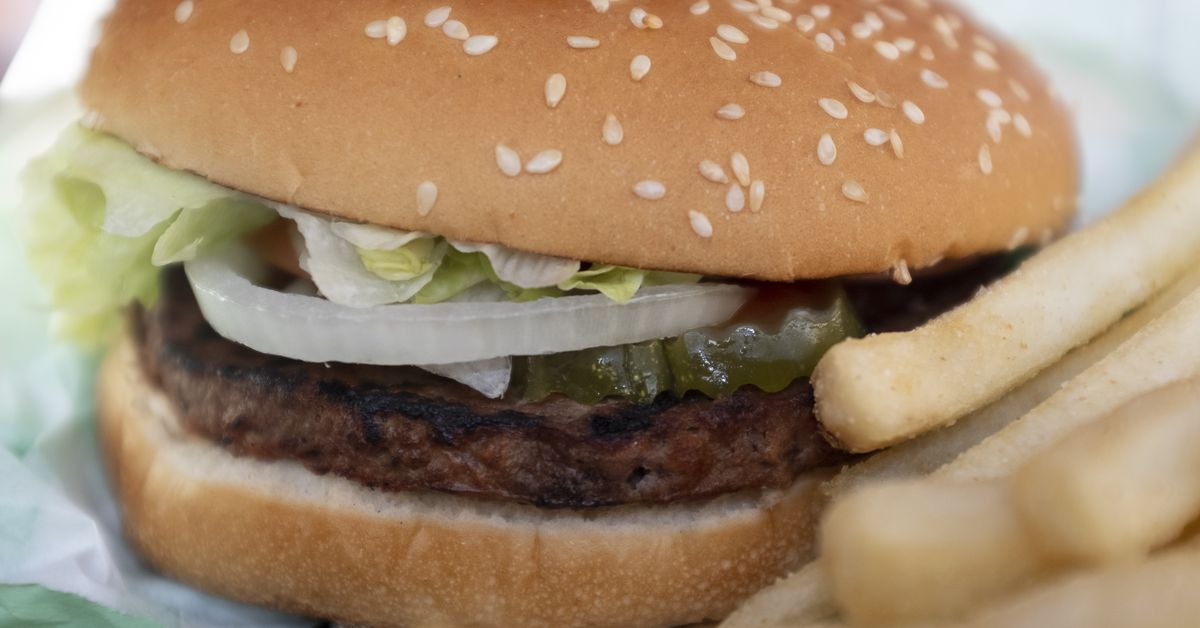 One step forward, one step back for meatless meat.

On Wednesday, McDonald’s announced that it would expand its Canadian trial of plant-based Beyond Burgers, offering them at 52 more restaurants in Ontario for the next three months starting January 14. This is an expansion of their P.L.T. (Plant, Lettuce, Tomato) Canadian trial run this fall, though it’s a very conservative expansion, encompassing only a few dozen more restaurants.

That announcement came after Reuters reported that competitor Impossible Foods has stopped vying to sell its burgers at the world’s biggest fast-food chain — because they can’t yet produce enough burgers to meet demand. (There had previously been talks between Impossible Foods and McDonald’s, and speculation about a deal for plant-based burgers.)

“I wish we had vastly more capacity than we do right now because the demand is high,” Impossible Foods CEO Pat Brown told Reuters. But with their current capacity to make burgers, “it would be stupid for us to be vying for them right now. … If McDonald’s said they wanted us to be in all the restaurants, we’d have to say, ‘Sorry, we can’t do it. … Having more big customers right now doesn’t do us any good until we scale up production.”

Capacity is likely to be a challenge for Beyond Meat too, according to analysts. “If McDonald’s decides to roll out the Beyond P.L.T., we believe that Beyond Meat may need to roll out on a regional basis at first and will likely be in a good position to fully supply McDonald’s nationwide in a year to 18 months from a capacity perspective,” analyst Alexia Howard said. While advocates of plant-based meat see McDonald’s as a huge, critical step forward for the product, it might not be a step meatless meat companies are fully ready to take.

The week’s events are a sobering reminder that for all the exciting product launches and customer interest in plant-based foods, the dreamed-of transformation of our food system won’t happen until we get a lot better at making them at the extraordinary volumes that global consumers of meat demand. And right now, plant-based meat is still a sliver of the meat market, a long way from having the means to supply everyone who currently eats meat.

When will plant-based burgers be big enough to make a difference?

Last spring, Impossible Foods announced its biggest product deal yet: the Impossible Whopper, offered at Burger Kings around the country. It was a huge step for Impossible Foods, which just a few years ago was offered only at a handful of small, upscale restaurants.

But McDonald’s took a little longer to get aboard the plant-based foods train. The fast-food chain finally dipped its toes in the water with a small offering of Beyond Burgers in Canada last year. And Impossible Foods revealed to Reuters that it talked with McDonald’s about supplying the chain with Impossible products — only for Impossible Foods to conclude that it needed to scale up their production first.

Beyond Meat has had trouble with scaling up its production, too. In 2018, A&W Canada launched Beyond Burgers nationwide to intense consumer demand — only for Beyond Meat to run out of them. Executives at Beyond Meat told Reuters the company is now better positioned to sell as many burgers as McDonald’s needs, but analysts aren’t totally convinced.

Lots of fledgling industries struggle to scale up their operations as demand from consumers grows. But for plant-based meat companies, these normal difficulties are a big deal. Much of the appeal of plant-based meat is its promise to help us combat the harms of factory farming, from the climate crisis to antibiotic resistance to widespread animal cruelty.

While technically the companies can make a difference even at a small scale — every Impossible Whopper that replaces a beef Whopper reduces carbon emissions a little — the companies will have to be large enough to take a big bite out of the meat industry if they are to effect meaningful change. Consumer enthusiasm for plant-based meat doesn’t mean anything if there’s not enough plant-based meat to go around. Plant-based meats are only about 2 percent of packaged meat sales. They’re going to have to get a lot bigger than that to change the world.

But scaling up operations — from producing burgers for only a few niche restaurants to producing burgers for a good fraction of the population of the planet — is an enormous challenge. And as Impossible Foods and Beyond Meat have scaled, they’ve also encountered increasing opposition from people uncomfortable with the fact that we mass-produce food at all. Even with consumer demand as intense as ever, there are a lot of urgent challenges ahead for plant-based meat.

Sign up for the Future Perfect newsletter. Twice a week, you’ll get a roundup of ideas and solutions for tackling our biggest challenges: improving public health, decreasing human and animal suffering, easing catastrophic risks, and — to put it simply — getting better at doing good.