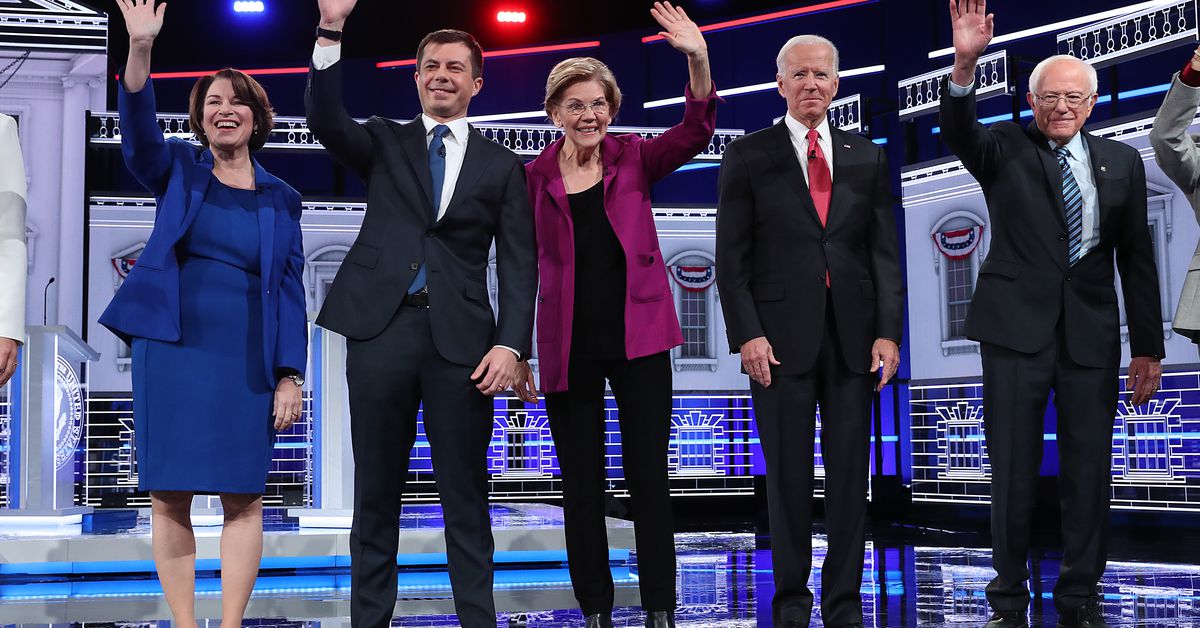 Nine days before the state’s pivotal caucuses, Nevada’s most powerful union declined to endorse a candidate for president in the Democratic primary — though it has made its opposition to Sen. Bernie Sanders’s Medicare-for-all plan clear.

The non-news followed the union, which represents 60,000 workers in Nevada’s huge hospitality industry, ramping up its attacks on Medicare-for-all in the last few days. Ahead of the third primary contest, nobody will receive the boon of a Culinary 226 endorsement, but Sanders is enduring more criticism from the union over his health care plan. (And union leaders, for their part, have reportedly received threats or had their personal information posted online because of their health care stance.)

The union has been opposed to Medicare-for-all, which would set up a national health insurance plan, for a while. But it put out new materials on Tuesday night as Sanders was heading for a win in the New Hampshire primary, warning that Medicare-for-all would be the end of their negotiated health benefits.

Despite its outsized influence, Culinary 226 is not a ticket to a win in Nevada. In 2008, the union endorsed Barack Obama over Hillary Clinton but the latter eked out a win. The union didn’t endorse anybody in the primary between Clinton and Sanders in 2016; Clinton again won a narrow victory.

The non-endorsement leaves a bit of a muddled message about who the union thinks would be a good president, but Sanders, the frontrunner after Iowa and New Hampshire, is the clear target of its opposition. The union’s materials have praised moderate proposals for protecting the union’s health care and they softened their language when describing Elizabeth Warren’s Medicare-for-all proposal, but warned Sanders would “end” their workers’ current health benefits with his Medicare-for-all bill.

Next Saturday, their workers will get the chance to make theirs.

The Culinary Union recently went on the attack against Bernie Sanders

Before the New Hampshire Democratic primary results had even finished coming in on Tuesday, Nevada’s Culinary Union took aim at Sanders. The group, which is hugely influential in the state’s upcoming caucuses due to its organizing power, singled out Sanders as the only candidate who would get rid of union health care plans in the near term.

Their flyer broke down the positions of Nevada’s top six Democratic candidates in recent polls, summarizing their platforms around health care, immigration, and jobs. It takes a jab at Sanders, listing him as the only candidate who would “end” the union’s health care, while noting that Warren would replace it after a three-year transition period.

The message targets union members who might be concerned about losing a health care plan won through long and difficult negotiations if Medicare-for-all was implemented. (Among people who are currently in a union or whose family member currently is, 39 percent think Medicare-for-all is a good idea and 59 percent think it’s a bad idea, according to a recent Kaiser Family Foundation poll.)

It’s a problem Sanders has faced before, and one he’s responded to by noting that the implementation of Medicare-for-all would not only provide robust health care coverage but would also enable companies to transfer what they save on health care costs toward higher worker wages and other benefits. He’s emphasized, too, that the policy would guarantee reliable health care for all workers, even amid potential strikes and other job changes.

“Sanders’s proposed plan is more generous than the typical private-sector plan, offering no co-pays or deductibles and covering virtually everything,” Tara Golshan previously wrote for Vox. “If it were to pass as proposed, many unions likely would see Medicare-for-all as a better deal.”

Sanders’s Nevada State Director Sarah Michelsen echoed this point and noted that the Culinary Union would be able to maintain a health clinic it established exclusively for its workers. “Bernie has been clear that under Medicare for All, we will guarantee that coverage is as comprehensive or more so than the health care benefits union workers currently receive, and union health clinics, including the Culinary’s health clinic, will remain open to serve their members,” she said in a statement.

While some unions have endorsed Sanders, not all are behind his health care plan. The Culinary Union’s opposition to Medicare-for-all is especially significant given how powerful a force the organization is in Nevada elections.

“[It] is not just a great turnout machine for workers, but it’s essentially the Hispanic turnout machine,” Jon Ralston, editor of the Nevada Independent, previously told Vox’s Ella Nilsen. “If you can get the Culinary Union to go out for you and go out for you hard, that can be a game changer.”

Previously, the union released more oblique statements challenging both Sanders’s and Warren’s health care plans. But this new, more pointed attack, suggests the organization is increasingly concerned about Sanders’s recent rise and worried about whether his vision for universal health care is in its members’ best interests.

Questions about how Medicare-for-all would affect union members have cropped up throughout the Democratic primary.

It’s an issue that members of the Culinary Union have raised at every presidential town hall that’s taken place at its headquarters in Nevada, writes the Los Angeles Times’s Matt Pearce:

“We love our Culinary healthcare,” Elodia Muñoz, who went on strike for more than six years at the Frontier Hotel and Casino in the 1990s, told Sanders [in December]. “We want to keep it. I don’t want to change it. Why should I change it?”

The subject is also one that some of Sanders’s opponents — including former Vice President Joe Biden — have tried to harp on in an attempt to undermine the Vermont senator’s support from workers. Although the Culinary Union will not endorse anyone, other affiliates of Unite Here — its parent organization — have come out in favor of Sanders, as well as Warren. Unions including the American Federation of Teachers and National Nurses United have also expressed their support of Medicare-for-all.

Sanders has argued that the successful implementation of Medicare-for-all would continue to guarantee strong health care benefits for all workers while bolstering unions’ bargaining power on other fronts. For instance, workers wouldn’t need to worry about paying for health care during an extended strike, as many United Auto Workers members said they struggled to do during a General Motors strike last fall. Sanders has noted his bill also includes a provision that would enable companies to funnel savings they obtain from Medicare-for-all to workers in the form of either higher wages or other benefits.

With the Nevada caucuses fast approaching on February 22, this conversation — and the debate about how Medicare-for-all would affect union health care — is one that’s sure to continue. The Culinary Union’s flyer simply made this existing tension explicit.