Home Dinner Will Chicago Be the Next City to Ban Styrofoam Take-Out Containers? 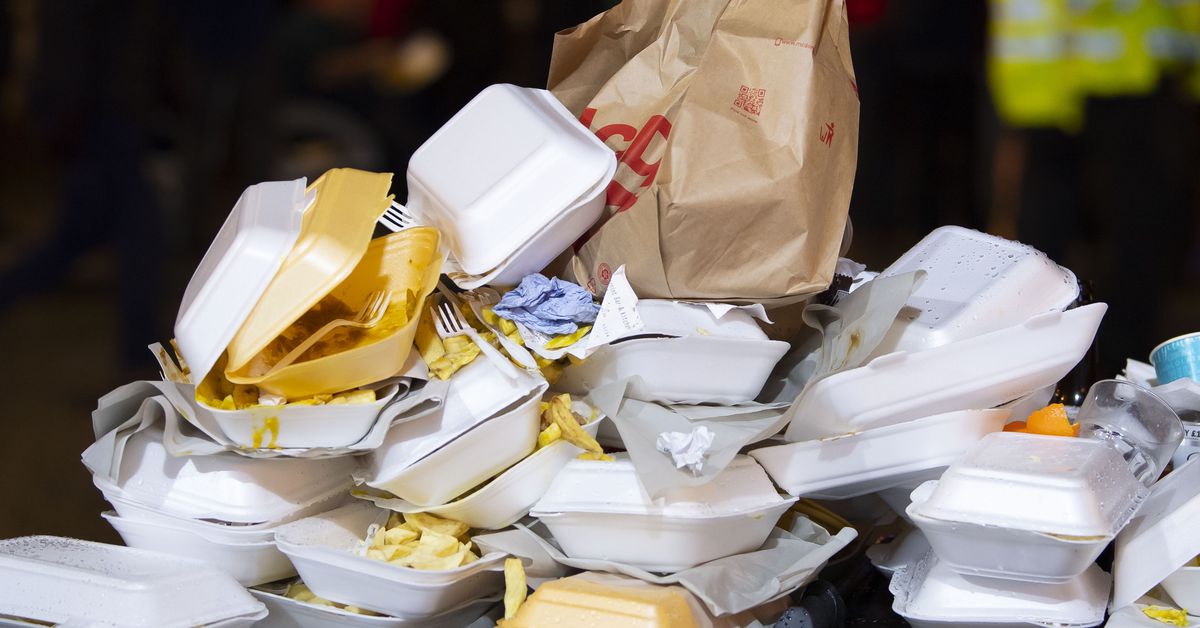 If the last few years made enemies of plastic straws, it looks like 2020’s villain could be single-use polystyrene (Styrofoam) food containers. Two Chicago council members want to ban the disposable containers and curb the use of plastic silverware and utensils. The measure should be introduced to the city council today. If adopted as written, the ordinance would go into effect next year, according to multiple media reports.

Alderman (32nd) Scott Waguespack and Alderman (10th) Susan Sadlowski Garza’s measure aims to help the environment. Dine-in restaurants would be required to use reusable plates and bowls, according to Block Club Chicago. The ordinance includes exceptions. Plastic straws, paper napkins, and foil could be used as long as they’re compostable or recyclable. Plastic silverware, drink tops, and more could be used “only upon request of the customer or at self-serve stations.”

The straws are a controversial topic, as many in the disabled community need them. Lettuce Entertain You Enterprises, Chicago’s-largest restaurant company, banned straws in 2018. Waivers would also exist for restaurants that don’t have space to wash dishes or can’t contract that work.

Just last month, New York considered a similar ban on polystyrene containers. Many California cities banned them in 2018. McDonald’s already announced plans for a ban, and Dunkin’ Donuts is going from foam to paper cups.

But the policy would have a disproportionate effect on independent restaurants compared to giant fast-food chains. Last year, Kimski chef Won Kim wrote about the increased costs of using compostable packaging at his Bridgeport restaurant. Restaurants often have to increase food prices to absorb these types of expenses. Despite doing the right thing to reduce pollution, Kim wondered if the average customer would care. Customers are much more likely to complain about increased prices and stop patronizing a business.

As in the case of with many governmental mandates, restaurant owners could petition for waivers that would push back the compliance date up to a year. The aldermen consulted with environmental groups like the Illinois Environmental Council, Shedd Aquarium, and Field Museum when drafting their ordinance. Block Club and the Tribune reported no restaurants were consulted.

For some restaurants, Styrofoam is routine. Aloha Eats in Lincoln Park serves traditional Hawaiian plate lunches in its customary white containers. Isabel Lee, whose father opened the restaurant back in 2005, said that she coincidentally talked with a supplier last week with hopes of finding an environmentally friendly replacement. Lee didn’t know about the proposed ordinance. Recycled plastic should cost just as much as the old Styrofoam, she said. According to media reports, if passed, the city would keep a list of approved suppliers of environmentally friendly containers.

The Illinois Restaurant Association, the state’s lobby group for the industry, has yet to release a statement with their position. Check back for updates.